EDITOR´ S NOTE: We are greateful for this content sponsored by the AJCU communications team. 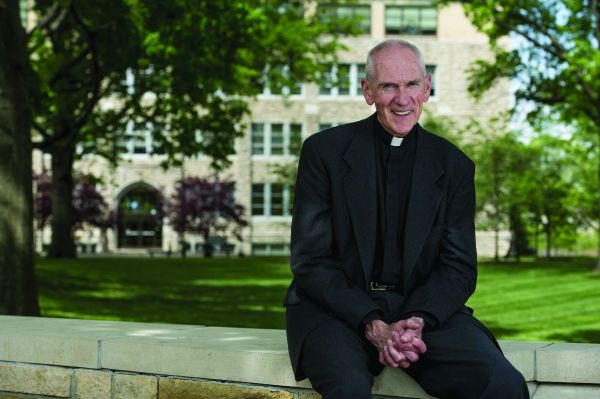 Over the past few weeks, several of our presidents have been honored for their leadership and/or shared their reflections on leading Jesuit, Catholic institutions with the media. Rev. Thomas B. Curran, S.J., president of Rockhurst University, discussed his path toward leading a Jesuit school, first as a member of the Oblates of St. Francis de Sales, and later as a Jesuit, in a new interview with the Association of Catholic Colleges and Universities (ACCU). We were inspired by his 'vision through mission', and thank ACCU for allowing us to share Fr. Curran's words in a new post on our blog, JesuitEducated.

Dr. Michael R. Lovell, president of Marquette University, recently discussed the way that his faith guides his life and career, for a new interview with WTMJ Conversations, a local radio show in Wisconsin.

And Rev. Kevin O'Brien, S.J., dean of the Jesuit School of Theology at Santa Clara University, described the path that led him to various positions of leadership within Jesuit higher education, in a new interview with National Catholic Reporter; he will assume the role of president at Santa Clara later this summer.